Grits Green is coming back to town!!! If you haven’t had the chance to see this band live, do yourself a favor and join us at Baron’s GJ on Friday, June 30th. $5 at the door.

– Grits Green –
Grits Green brings together MCs Rhagenetix and Porta D, Greggy Shaw on bass, Bobby “The Menace” Gilgert on drums, and Jonny Knoder on guitar. They’ve brought their funky, live hip-hop sound all over Utah. Winner of City Weekly’s best Hip Hop of 2016 award. You’ve seen them at the Twilight music series, Uncle Uncanny’s Music Festival, Roots of the Rocks, Ogden’s Juneteenth Festival and both the Fall and Spring Equinox Celebrations. Next up, you can catch them at your local watering hole. Be on the lookout!

– Zolopht –
Established in 2009, Zolopht has become a premier act in the Colorado music scene. Loosely described as psychedelic reggae-rock, Zolopht has an entirely unique sound that is as catchy as it is progressive. Lovingly crafted music and rigorous touring has provided the band diehard fans around the country and beyond. Zolopht has shared the stage with artists such as: The Wailers, Robert Randolph and the Family Band, Dirty Heads, Tribal Seeds, Passafire, Ballyhoo! and Katchafire. With two full-length studio efforts (pH-Balanced/Flexor*) under their belt and a third on the way, Zolopht has gained an unstoppable momentum. 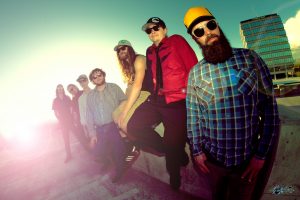