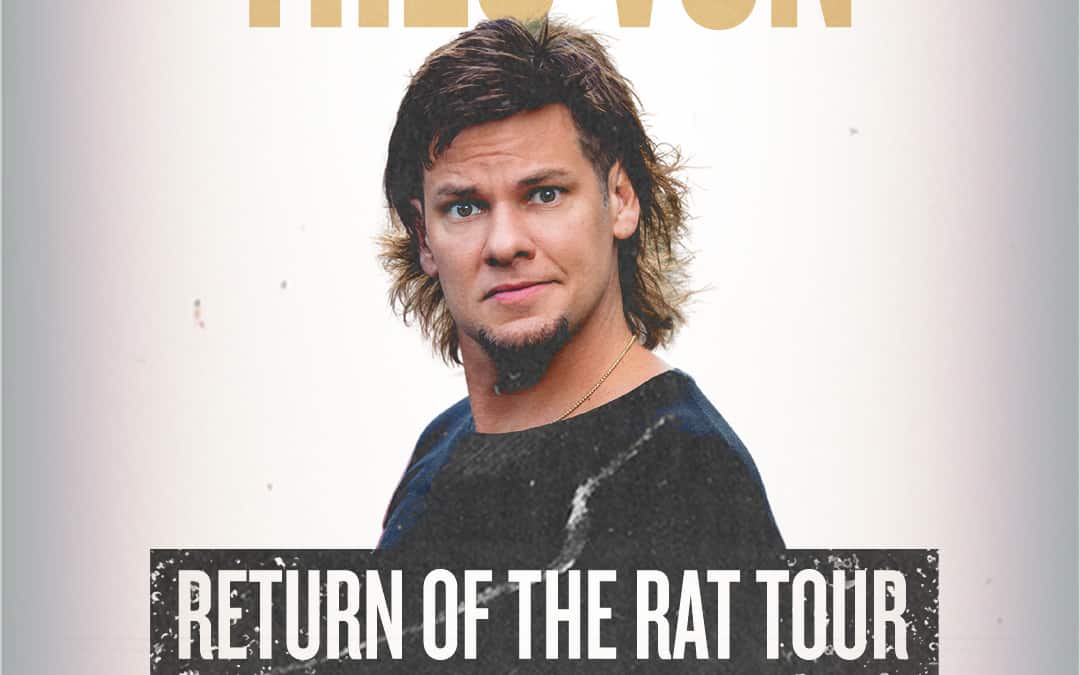 Previously Theo Von grew up in the stray animal belt of southern Louisiana. He was a child there and became an adult slowly there.
He can be seen and heard weekly on his widely popular podcasts that garner millions of listens/views a month THIS PAST WEEKEND, and KING AND THE STING.
Theo’s new comedy special REGULAR PEOPLE was filmed at the historic Ryman Auditorium in Nashville, TN, and is now streaming on Netflix.