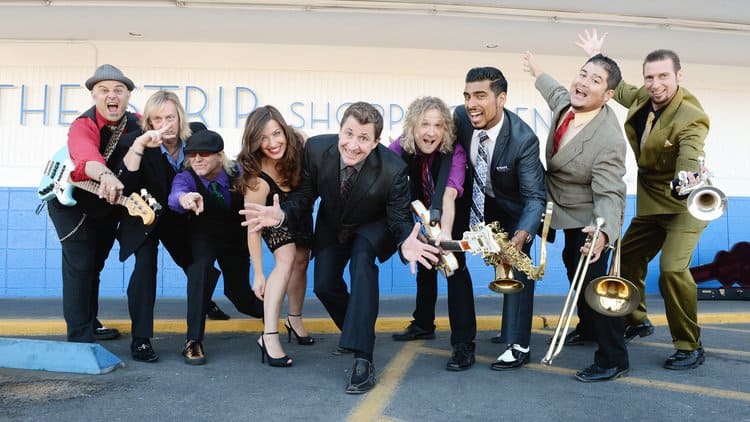 The youngest child and only son of Louis Prima

Louis Prima Jr. carries the next generation of Prima music into the 21st century. Performing a combination of original songs and his father’s famous hits, like Just a Gigolo and Jump, Jive an’ Wail, Louis Prima Jr. and his band are wailing Prima style into the 2020s. It’s a raucous roller coaster ride of tail-shakin’, foot-stampin’, horn-driven smiles. Energetic and over-the-top!