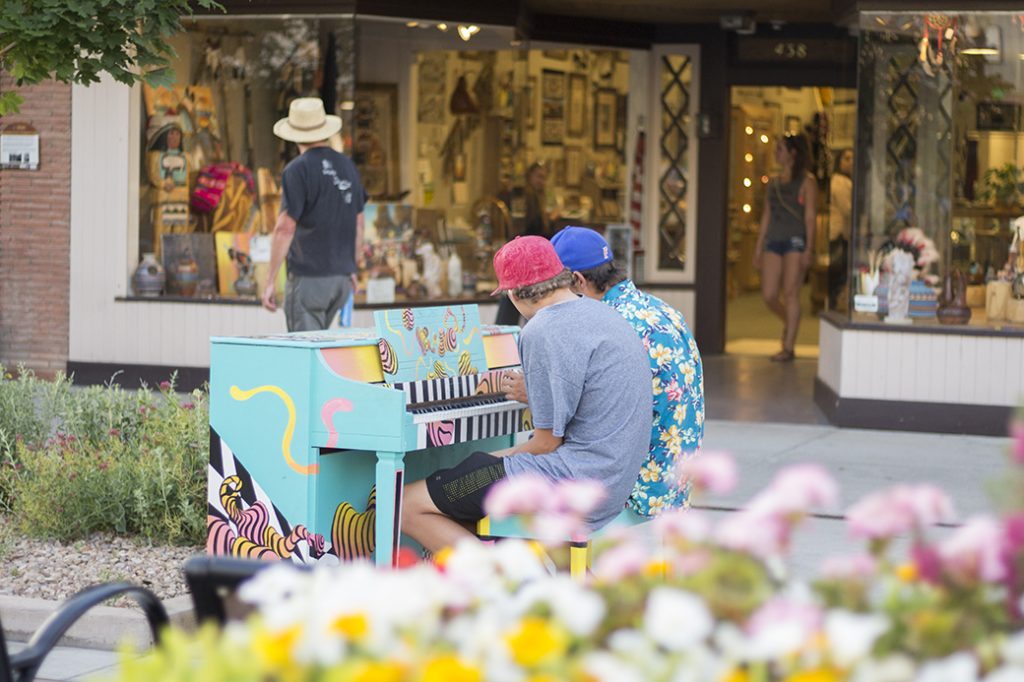 This week, Colorado Creative Industries (CCI) announced Downtown Grand Junction as the state’s newest certified creative district.
Downtown Grand Junction is now the 23rd creative district in the state, and the Downtown office (composed of the Development Authority and Business Improvement District) is eager to showcase existing assets and is looking ahead to new, creative avenues for the district.
“We can now showcase Downtown and make it where it’s not so much a hidden gem and more of a well known gem,” Brandon Stam, Downtown Director said. “I think that benefits us all.”
With a large presence of murals, art galleries, public pianos, First Friday art walks, Mesa County Libraries / 970West Studio, the Annual Art Festival, the renovated Avalon Theater, Las Colonias Park, and the long-standing Art on the Corner program, Downtown will be using the assistance provided by CCI to promote the area even further to residents and tourists alike.
The news of Downtown Grand Junction receiving this honor comes just weeks after the passing of Dave Davis, a local artist who founded Art on the Corner, which was one of the first sculpture exhibits in the country to be displayed on a main street. Davis played a key role in shaping the Grand Valley’s cultural scene.
“It’s a great tribute to a lot of the things he started,” Stam said. “Downtown wouldn’t have been the same without him.”
Now with an official designation from CCI, Downtown is eligible for financial support, assistance for marketing efforts, highway signage with CDOT for visitors to find the district, and other funding and leadership opportunities. CCI is a division of the Colorado Office of Economic Development and International Trade (OEDIT) and administers the Creative Districts program.
Downtown will be celebrating the new designation as a creative district at the Downtown Art Festival, held on October 5 and 6. This festival also incorporates Art on the Corner, and is when the new 2018-2019 temporary exhibit is installed.