All shows are free and open to the public! 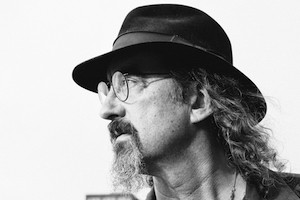 Thursday night, May 28: JAMES MCMURTRY at Edgewater Brewery for the Grand Junction Off -Road Drop-In Party.

“James McMurtry writes songs filled with characters so real that you’re sure they’re going to climb out of the speakers and look you in the eyes.” —VOICE OF AMERICA 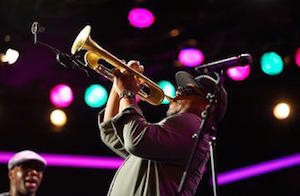 Big Sam’s Funky Nation is a driving force of urban funk. Ryan White, of the Oregonian, says the band is “tight enough (and hot enough) to turn coal into a diamond!” The band is led by trombone powerhouse, Big Sam Williams, formerly the trombonist for the Dirty Dozen Brass Band, who the San Francisco Chronicle calls “the top man on the slide trombone in the birthplace of jazz.” Big Sam refuses to let the audience sit still. Between the band’s solos, Big Sam’s signature dance moves and his distinctive trombone riffs, the energy level is high voltage when this band takes the stage! 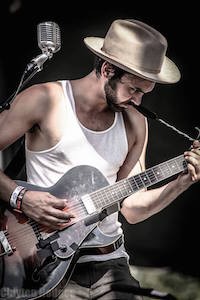 Saturday night, May 30: SHAKEY GRAVES at 4th and Main.

Shakey Graves is the stage name of Austin, Texas-based singer, songwriter, and musician Alejandro Rose-Garcia, who is probably better known under his real name as an actor, having appeared in several movies and who has had a recurring role in the television series Friday Night Lights. As a musician, however, he’s his own species, really, having developed a kind of one-man band “hobo folk” approach to songwriting and performance. His sound is kind of alt-country, but only sort of, and yeah, he’s folky, too, but what really makes his songs something different is his innate pop sense. His melodies rise and ebb and crest like waves, gentle and forever flowing forward, and the best of his songs are simply beautiful and haunting. This is his second album, following 2011’s Roll the Bones, and it’s a lovely, hushed, stark, and yet sturdy set that soothes even as it startles. Songs like “Only Son,” “Big Time Nashville Star,” and “Call It Heaven” are eerie little folk-pop masterpieces, and Rose-Garcia’s voice is a subtle, emotive tool, as is his sparse but effective guitar playing. There probably isn’t a radio hit here, because his songs are built around melody rather than box-your-ears rhythms and beats, but they have a melancholic and angelic tone to them that gently takes one’s breath away. – Review by Steve Leggett

Other amazing performers for the 4-day, 4-stage festival include: